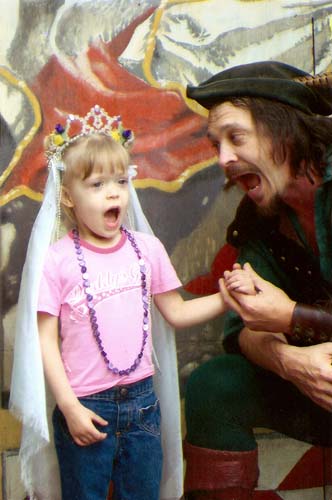 St. George and the Dragon

Join Robin Hood and Maid Marian for magical storytelling!  Six members of the audience star in these high-energy, interactive retellings of "St. George & the Dragon" and "The Tales of Robin Hood"!   Heroes, villains, cheering, screaming, and hilarity ensues!

Getting the audience into the show is what the Ren Faire genre does best, and this show was created for that.  This interactive children’s show is high-energy fun for the whole family.  The show involves an all-child cast onstage, yet draws the entire audience in shouting, laughing and clapping.  In a play-friendly environment, each child becomes the star of the moment, while concurrently engaging the adult audience with improvisation and humor. 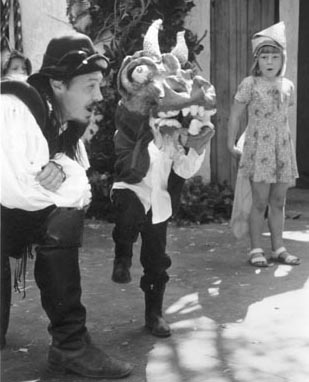 Wherever this show is performed, it quickly becomes the “family stop” on the PR manager’s press tour.  Consequently, it has been featured in news articles across the country.
St. George has been an audience favorite at California Faires for over a decade.  It has also enjoyed performances in Maryland, Wisconsin, Arizona, Florida, Georgia, North Carolina, Colorado and New York. 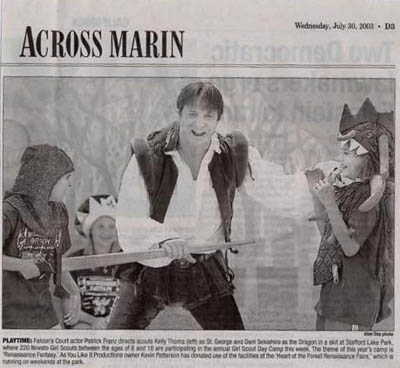 For classroom and assembly purposes, the show can be expanded to a 45 minute -1 hour class on Pageants in the Renaissance Era.  The purpose of pageants (Entertainment, Education and Religion) are covered; students get on their feet and portray several basic characterizations, the roll of the audience in performance is discussed (with the class screaming "Boos", "Huzzahs", and other supportive sounds), culminating in a performance of St. George, portrayed by 6 students.  The class has been performed at Workshops in the Woods programs in Northern and Southern California, and classrooms, assemblies and libraries all over the state.

And Now... Robin Hood tells the tale of St. George and the Dragon 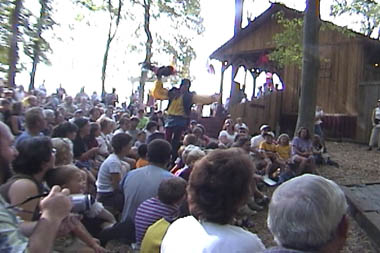 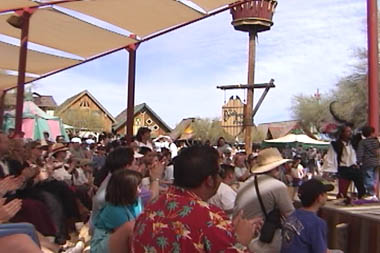 For more information send e-mail to